In 1976, Ohashi was called back to Japan because his father was very ill with cancer. While caring for his father, Ohashi decided to study with Dr. Shizuto Masunaga, whose articles and monographs he had read. A psychologist-turned-shiatsu practitioner, Dr. Masunaga evolved his own method of shiatsu treatment and established a theoretical basis for shiatsu therapy. Based on his many years of clinical experience, Masunaga placed a large emphasis on the psychological effects of meridian energy.

1976 was also the year Ohashi’s first book, Do It Yourself Shiatsu, was published. He would follow this one year later with the publication of Zen Shiatsu, a collection of Dr. Masunaga’s monographs which he edited and translated. Ohashi chose the title to represent Dr. Masunaga’s approach to healing and life. The book, since translated into several languages, introduced Dr. Masunaga’s work to an English audience. After that Ohashi brought Dr. Masunaga to the US for several popular workshops.

Ohashi used what he learned from Masunaga to inform his own observations of human nature and his earlier experience in the U.S. human development movement. This would influence the evolution of Ohashi’s methodology and his own approach to shiatsu.

By 1979, the curriculum of Ohashi’s school, Shiatsu Education Center of America, was changing from a technical, left brain, book-oriented curriculum to a more experiential, right brain, feeling approach. Some of the School’s early instructors, especially Esther Turnbull and Pauline Sasaki, believed it would be better for students to learn to feel before incorporating book knowledge into their techniques. Over the next few years, Ohashi and the school’s instructors continued refining and expanding the curriculum. Their focus was on how to make giving a treatment session easier, and how to make it healthier for the giver. As Ohashi’s method evolved, it could no longer be called “shiatsu.” The approach and delivery of the technique was unique, something epochal.

Some years later, Ohashi would recount in Beyond Shiatsu, when he taught in English while in Japan: “When traditional knowledge returns to its source in a changed form, it must be presented in a different way. The very idea of self-development is an American one, not at all Japanese. The term shiatsu happens to be Japanese, but the practice of healing through touch is not exclusively Japanese. Ohashiatsu is universal.” 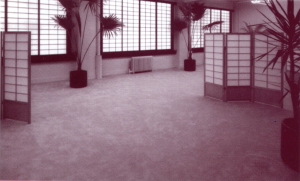 The new curriculum became popular and it became clear that Ohashi’s teaching and his modality needed to be differentiated from “traditional shiatsu.” In 1982, “Ohashiatsu” was trademarked, and with his new modality so named, “Shiatsu Education Center of America” no longer fit his school. In 1984, the name of the school was officially changed to The Ohashi Institute. Its instructors and consultants were given the titles of “Certified Ohashiatsu® Instructors” or “Certified Ohashiatsu® Consultants.”

The Ohashi Institute was outgrowing the space on 55th Street in mid-town Manhattan, and Ohashi once again went looking for a new location. At last, after a two-year search, the Institute leased a large space on 27th Street, five times larger than its previous location. The décor, embodying the principles of Japanese aesthetics, was carefully designed to provide a tranquil and comfortable space for students to meditate and to study,

Ohashiatsu® increased its popularity in Europe and the first European student graduated in 1980. The early European sponsors and instructors, Johan Byer and Rosemary Solterman from Switzerland, and Klaus Metzner from Germany, soon set up branch schools in their respective countries. Since they were just beginning, Ohashi sent US instructors to teach until the European graduates could train to become instructors themselves. Schools were organized in Heidelberg, Munich, Muenster, Zurich, Basel and Bern. An Italian graduate, Alfonso Crosetto, became the first to sponsor courses in Italy, establishing a school in Turin, Italy. Others set up schools in Florence, Rome, Milan and Asti. Today there are more than 20 Certified Ohashiatsu® Instructors and Consultants in Italy, teaching in various cities. In addition, COIs teach in Austria, Canada, France, French Guiana, and the Netherlands.

In 1988, an American graduate, Matthew Sweigart, began offering courses in Evanston, Illinois, inviting COIs from New York to teach. By 1990, he opened the first Ohashiatsu® branch school in the US. A year later, Hazel Chung, a former dancer, opened another branch in Ellicott City, Maryland. Other COIs started organizing courses in Philadelphia, PA; Princeton, NJ; Amherst, MA; Honesdale, PA; and in Westchester and Long Island, NY. 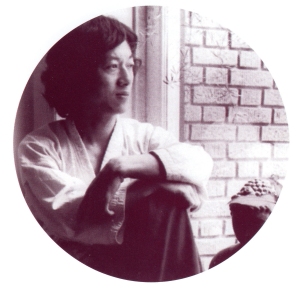 As we have seen, Ohashi’s own development of a compassionate and effective approach to healing through touch drew not only on traditional sources like shiatsu, the martial arts, and Eastern Medicine. He was also influenced by the humanistic alternative education movement, as promoted by leading organizations of the day: the Esalen Institute in California and the Omega Institute in New York.   Another important learning source for Ohashi is his collaboration with instructors, students, and even his clients, whom he credits everyday. One of his favorite teachings is, “Every single day you are developing, improving. Your receiver is your teacher. Your receiver is your examiner.” He wrote of his 1996 book Beyond Shiatsu, “It has taken me more than 20 years to write this book, because I am still studying, still changing. Each day I discover something to improve my technique.”

Ohashi in Print: In keeping with his philosophy of knowledge being more effective when it is widespread, Ohashi recognized the value of publishing and devoted hours to writing several books. Many of these books have been translated into multiple languages. 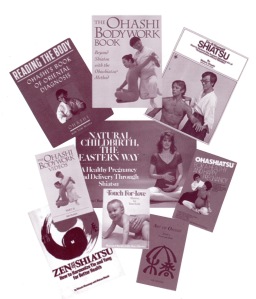 In our final chapter of One Man’s Journey, we will talk about globalization, refinement and the future.